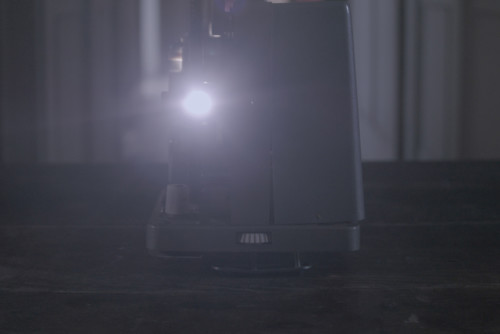 Last year Dynomite celebrated 10 years in business, and it almost goes without saying that our industry has changed phenomenally in that time, not only in terms of the equipment used but also the type of videos that are in demand. One of the interesting things about trading in a time of social media is that everyone can view your work when you first start, and they can also watch it as it changes and improves. Growth today is a publicly shared experience.

Since the release of our last showreel, Dynomite has doubled in size, and the quality of our work has increased to a level that we are really proud of. This is in no small part down to the wonderful clients that we collaborate with, who drive us to make really creative, memorable videos that work for them. We’ve also taken the time to invest in new equipment, so that the work we produce is always future proof; one of the newest additions to our arsenal is a drone, which opens up a whole new range of possibilities for our clients and their videos.

So, with this new wave of high calibre videos, we thought it was high time we released an updated showreel – and it’s one that we’re truly proud to put our name on:

One area where we’ve really worked hard to develop our services is with our animated videos and graphic design. We’ve recently enlisted the skills of a talented specialist animator, which has enabled us to offer increasingly stunning graphics whenever the client needs them. With this service skyrocketing in popularity over the past 12 months, we felt the need to showcase it in a dedicated second reel:

So, what do you think of our new showreels? Drop us a line and let us know – or visit our offices to find out how we can make video work for your marketing plans.

We were commissioned recently to create a 30 second video for an exhibition and awards ceremony. The company already had a video that was on there site, and they wanted to incorporate certain elements of that video into the new one.

We created a concept for the new video which combined the existing video with new footage that we filmed against a green screen. The new footage was simply there to create a more interesting way of transitioning and moving between the different stock footage. The existing video contained stock footage which we had to re – purchase from a royalty free site, and then manipulate in post to fit in with the new footage that we had filmed. This is the result:

The point of this is that stock footage can be used effectively, whether on its own or combined with new video footage, but there has to be a genuine reason to use it over filming something yourself.

1. Budget – If you want to create an animation that could take time and money, and this is beyond the budget, a solution may be to look at a royalty free site.

2. Location – If you need a shot of a busy street in (lets say) Japan and its one shot, then the majority of the time you will be able to find a stock example of this. Unless you have to show something specific and there is budget to do this, stock footage can often help you overcome this problem.

Although the above examples are useful ways of using stock, there is still one big problem with it; Its not original. It is still a generic video that you can see in any number of other productions and is not tailored or designed for any definite production.

I don’t know about you but here at Dynomite Productions we dont particularly like the term ‘corporate video production’. It smacks of low end, cheesy videos that lack creativity and look dated.

What’s in a phrase?

Quite a lot actually. Corporate video has no definition, it is a broad phrase that covers a multitude of video production work, one company may require a number of different videos, for example, a promotional video, company overview, training video, viral ad, product launch internal communication etc and this is all classed under the corporate video name.

So, when looking for a video production company to create your next film, make sure that what you are getting is not just designed to deliver your message, but is done so in an engaging, original and creative way.