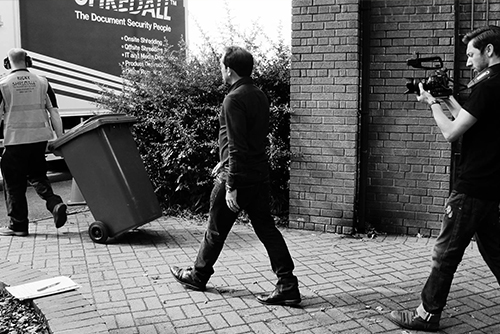 Yesterday we were proud to release our latest promotional for Shredall & SDS, the secure document shredding, storage and scanning company. Shredall has been a great contact for Dynomite over the years, so we were delighted when they came to us again to make their new video.

As a family-run business, Shredall care about people – not just their clients, but also those within their own company. They wanted their workers to feature heavily in their latest video, and we worked with them to help give their team members a voice.

We worked closely with Shredall throughout pre-production to develop a concept and script – one which allowed their team to shine through whilst still portraying the company’s vision and goals. We also took our time on the edit, weaving together a montage of footage with the various layers of dialogue, and Shredall had their input throughout this process too.

We think the finished result is definitely worth the efforts put into it from both sides, and the company’s personality is showcased well in the video. If you agree, and if you would like us to come and tell your company’s story, then please get in touch! 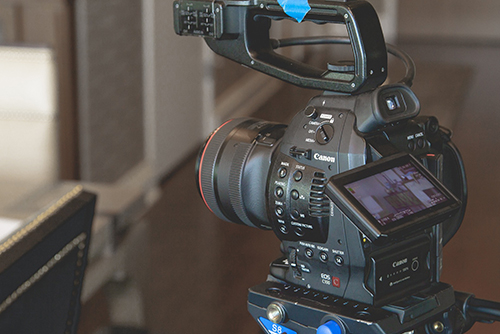 To The Drawing Board

During the pre-production stage, primarily, it is essential to meet with the client to establish what they want the video to look like and what the video needs to achieve. It is important to establish the theme, key messages and how the company would like to be portrayed in the video and we always take these points on board throughout the productive development.

When creating the concept for Cakeits video, we applied all of the points in development. It was clear we needed to produce something that would showcase the benefits and ease of use of Cakeit’s courses and cake decoration kit.

When storyboarding and scripting, we take an imaginative approach and we are always open to new interesting ideas. As a team, we have creative meetings and run all our ideas past one another, including directors and editors, this assures us that our ideas can be achieved.

Part of the production process requires the organization of location scouting and searching through our actor or voice over databases. For the Establishment’s video there was a lot of organisaton that went into lighting, sound, location scouting and prop handling that were essential to the visual style.

The way something is filmed can change the audiences perspective of a video. There are many different filming techniques that can enhance viewer experiences. For example, we chose to use a track on Uniglobes video so that we can motion track the text to the movement.

Having a good reliable crew is a key feature at Dynomite. We have a resource of production crew who filmed this video using a C100 and a canon 6D. They envisioned the visuals through the scriptwriters words, turned the storyboards into moving image and created a high-end glossy look for a corporate travel video.

The final stages of film making is Post Production. Our editing software includes Final Cut Pro, Premiere Pro and After Effects. The editor’s processes cover editing sound, pictures and music, adding any special effects whether it be visual or audio, sound mixing, colour grading and title and graphic designs. 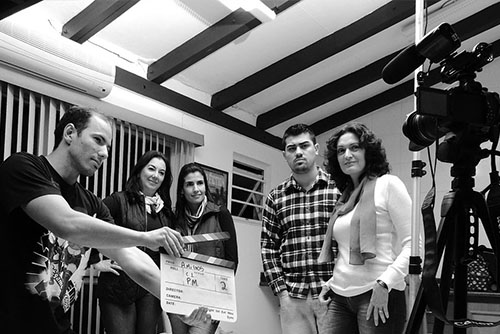 Just a short post today about using video production to promote your company, product or service.

Video can be used for virtually any company whether it be straightforward client testimonials, a 90 second promo, or a company overview. It can feature presenters, talking heads, motion graphics, animation, whatever is required to make your video stand out with original and creative content.

As a production company it is also important that we understand what you want to achieve from your video, who is the target audience, what do you want them to get from it, is there a call to action. Once we understand your company we are able to help advise you on the best way to structure your video to deliver the right message and develop creative ideas that are bespoke to your company.

We made our first feature film last year ‘Finding Fatima’ which was a drama documentary about the events in Fatima, Portugal in 1917. Once the film was made we then had the task of finding a distributor / distributors for it.

Here are some tips if you are looking to do the same.

1. Festivals –  This can be a good way of introducing your film to a wide market that is full of people who are there to buy the rights to films. A few things that are worth considering are 1. decide on what festival you want to enter your film into, some have a disclaimer whereby you aren’t allowed to enter the film into any other festivals, they also have very strict guidelines with regards to entering the festival which is worth looking at before entering. Something else to look at is the type of film that you have made and which festivals would suit it. Is it a quirky indie film or a big budget looking blockbuster. There are a number of smaller festivals around the world which could also be good for your film and are often more tailored to the type of film that you have made. I should say that although these are often not the best places to find distributors, if you win awards or get critical acclaim it is a great way to help promote you film once you have a distributor, as you can add the ‘winner best ….’ title to your marketing, press release film cover.

2. Sending films to distributors – I’m going to take it for granted that you started a video production company that the film was made under, if you didn’t I would recommend creating one for sending screener copies of your film out to distributors. Now when you send the screener out one thing that I would recommend is to make it look good – If you can afford it have the DVD’s duplicated with labels on the disk in a DVD case with your proposed artwork on the cover. This way when the distributor receives the DVD they can see the exact product that they could acquire which will be a lot more exciting than a DVD in a plastic wallet with the film title scrawled on it. – When we sent the screener out we included a letter to each distributor, the DVD screener of the film and a CD-ROM that contained different pages linked, similar to a website, with the trailer on, short synopsis, film information (run length, main cast and crew, rights owned – 100% worldwide initially, and links to the films website.)

4.  Finding Distributors, when we were searching for distributors obviously the first thing that we did was go into Google and type ‘film distribution companies’. Which is fine and brings back a plethora of results. It is worth looking at films that are similar to yours and searching for their distributor, you can often get this from IMDB. There are also lists that you can buy and websites that contain external links to distributor websites. Once you have a full distributor list and you are ready to contact them, before you send your screener either phone or email the company and explain that you have just made a new film, include a short synopsis and links, and ask if you could have the name and address of the best person to send it too. – I would always recommend a phone call where you can and ask to speak to someone in new film acquisition.

5. Finally once you have a distributor interested in your film look at what they are offering, are they offering an advance and is that paid back out of your percentage or film revenue. Look at where your percentage comes from, is it from net or revenue, if net you need a breakdown of where the initial money will be spent and at what stage you will start receiving an income. Also speak to the distributor about what method they will take in the distribution of your film, cinema, local screenings, straight to DVD, will it be available for download or through film rental companies, will they eventually look for a TV deal. You will normally receive a different percentage for each of the above and these can be negotiated when signing the contract. Look at the territories that the distributor is offering, and if this would cause problems for other distributors – for example if they want all Portuguese speaking territories then this could stop you getting distribution in other countries, so offer them distribution rights for Portugal only, as there is one thing that you always want to be able to offer distributors and that is exclusivity for their proposed territory.

With Finding Fatima we now have distribution in N/America and Canada, UK and Ireland, exclusivity in Mexico and a sales agent in S/ America and France and Belgium. This is through 4 different distributors all on different deals and contracts.

Best of luck with your film.

I don’t know about you but here at Dynomite Productions we dont particularly like the term ‘corporate video production’. It smacks of low end, cheesy videos that lack creativity and look dated.

What’s in a phrase?

Quite a lot actually. Corporate video has no definition, it is a broad phrase that covers a multitude of video production work, one company may require a number of different videos, for example, a promotional video, company overview, training video, viral ad, product launch internal communication etc and this is all classed under the corporate video name.

So, when looking for a video production company to create your next film, make sure that what you are getting is not just designed to deliver your message, but is done so in an engaging, original and creative way.

Presenters can be an excellent way to showcase and front your video. They are especially effective if the presenter is linked in some way to your product or company. For example we recently filmed a promotional video for a gallery in Stratford upon Avon and had Michael Portillo presenting the film, who is  the chairman of the UK art Fund.

The reason that this was effective is that you have somebody who is talking directly to your audience, making it a more intimate experience for the viewer, as opposed to using a voice over. (Not that their is anything wrong with voice over, when used correctly).

Presenters allow you to add another layer to the video by bringing in their personality and, at times sense of humour, which allows you to tailor the script, in parts to suit them.

Having a representative of the company as a presenter can also work well, so long as they are comfortable and natural in front of the camera. If they aren’t then it is always worth looking at filming them as an interview, whereby you can plan questions and edit their answers with footage so that they supply the narrative to the film without the fear of looking down the camera lens.

Whatever type of video production work you are looking at undertaking it is always worth speaking with the production company, looking at examples of their work that are more specific to your video, and structuring the film in the pre production stage to ensure that you create an engaging and effective film that is targeted to your desired audience.